An AI computer from Cerebras Systems, Los Altos, CA, www.cerebras.net, that is powered by its Wafer Scale Engine (WSE). Introduced in 2019 and designed for machine learning, the CS-1 computer uses an 8.5-inch square wafer that contains 84 processing tiles. The CS-2 debuted in 2021. 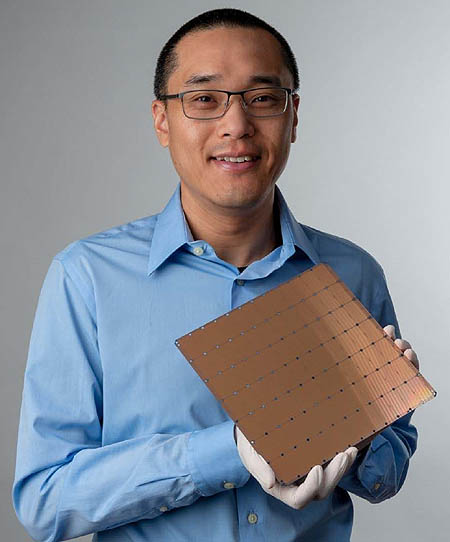 Co-founder and chief architect Sean Lie is holding the chip, which winds up in a custom water-cooled case. (Image courtesy of Cerebras Systems, www.cerebras.net)