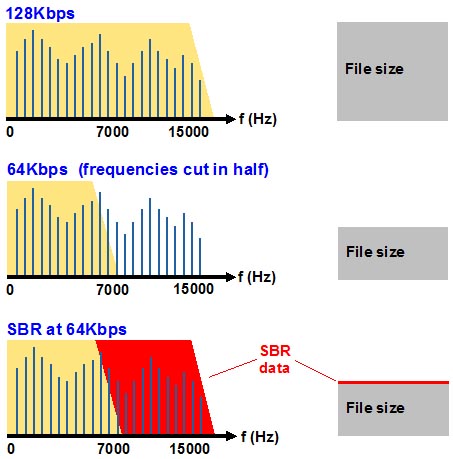 HE-AAC v1 (AAC+) uses Coding Technologies' Spectral Band Replication (SBR) to cut the sampling rate in half. SBR then encodes the missing high frequencies at 1.5 Kbps and stores them in the auxiliary data fields. The decoder restores the high frequencies from the SBR data. See mp3PRO.

HE-AAC v2 (eAAC+) uses Parametric Stereo (PS), which combines the left and right channels into a monaural signal. PS encodes the differences between channels as parametric data at 3 Kbps, which is used to decode the monaural stream back into stereo.