An earlier magnetic tape cartridge technology introduced by Lear Jet in 1964 as Stereo 8, although widely known by its 8-track moniker. Stereo 8 was an 8-track version of the 4-track Muntz Autostereo, the first commercial music player for a car. Stereo 8 allowed two stereo recordings on the same tape providing a similar experience to flipping over an LP record of the era. The 1966 Ford Mustang was the first car with a built-in 8-track player, and aftermarket units became widely available. See magnetic tape. 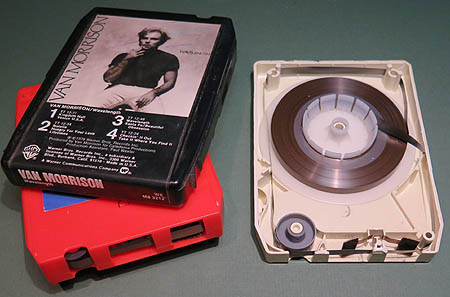 The Stereo 8 was a continuous loop cartridge with the tape always moving in the same direction. By the late 1980s, the more convenient audio cassettes replaced the 8-track world. See audio cassette.