An online forum where users post images and feedback. Originating in Japan, image boards cover numerous topics, each subject known as a "board." Image boards may have "chan" in their title such as 2chan, 4chan and 8chan, the latter a venue that incited extreme opinions and was dropped by its host, only to reappear as 8kun.top. 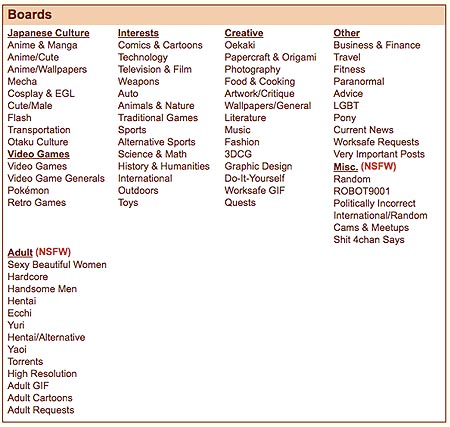 Launched in 2003, 4chan has been very controversial due to numerous cyberbullying postings and hoaxes. According to its own statistics, 4chan is popular among college graduates who love games, comics, tech and Japanese culture. Note that 4chan.org is the 4chan site, whereas 4chan.com is an online peep show as of 2020.