(1) Capturing an image in 3D. Methods include taking multiple 2D images that are "stitched" together to create 3D, as well as using two cameras for a stereoscopic capture. See computer vision. 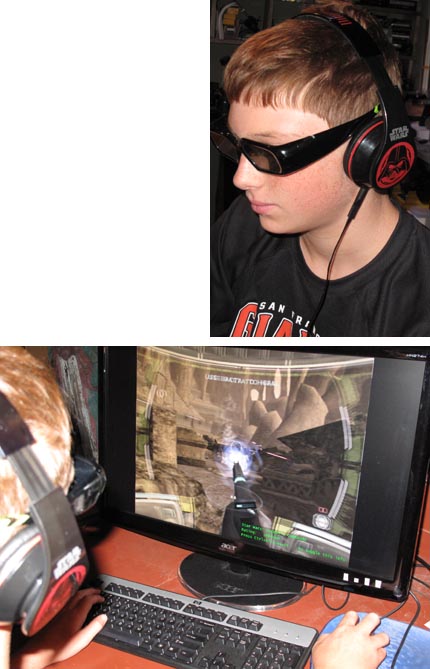 With 3D Vision glasses for rendering and earphones to keep out pesky distractions such as "parents calling," our 13-year old pro is eliminating the bad guys in rapid succession.