The control center and user interface for an automobile's information and entertainment center, which typically resides in the center of the dashboard. Also called a "receiver," the head unit provides the main controls for the radios (any combination of AM, FM, SiriusXM, HD Radio) as well as a CD/DVD player, GPS navigation, Bluetooth cellphone integration and music storage. In new vehicles, several head unit controls, such as volume, answer/hang up and switch channel are duplicated with buttons on the steering wheel.

Self-Contained
The head units have their own amplifiers for powering the speakers, but may have optional outputs for more powerful, stand-alone amplifiers. They may also have inputs for smartphones (see CarPlay and Android Auto). See in-dash navigation. 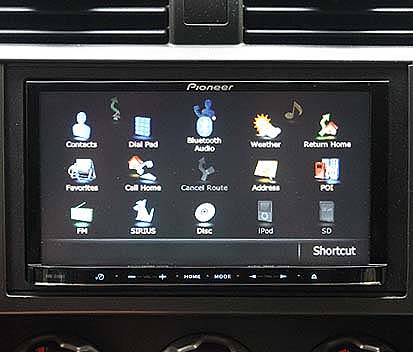 This Pioneer model Z110 replaced the original head unit in a 2008 Honda, but the speakers were not changed. The Z110 added navigation, DVD and iPod playback, hands-free phoning and several other features. 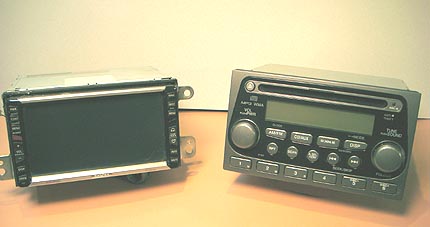 The Eclipse aftermarket navigation system on the left replaced the factory head unit on the right. 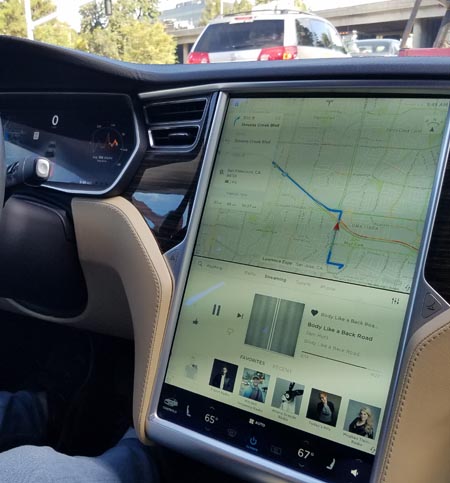 Unlike any other automobile, the 17" touchscreen in a Tesla is quite extraordinary. More like a laptop computer than a head unit, it displays a huge range of information as well as navigation.