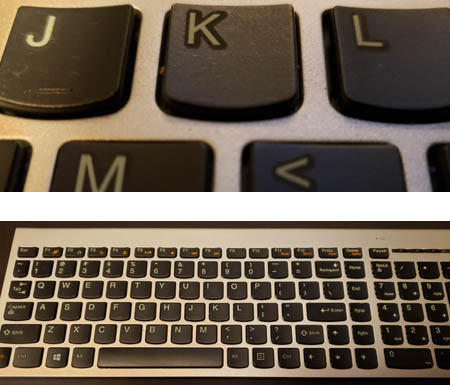 Chiclet keys are flatter than regular keys and have less vertical travel. However, they are generally not as noisy.

Chiclets were created by the American Chicle Company in the early 1900s, which was founded by Thomas Adams. The name was derived from the Spanish "chicle," which means "gum."