The Windows 8 screen can be split between two tablet-style apps or between the desktop and one tablet app. As of Windows 8.0, the split divides the screen into two fixed areas: a large area for the primary app and a small sidebar for the second one. In many cases, there is not a lot that can be done with the app in the sidebar. It has to become the primary app to do work.

The split occurs when you drag an app off the menu of open apps. To display the menu, do the following:

Touch
From the left edge of the screen, swipe right and
then back to the left. 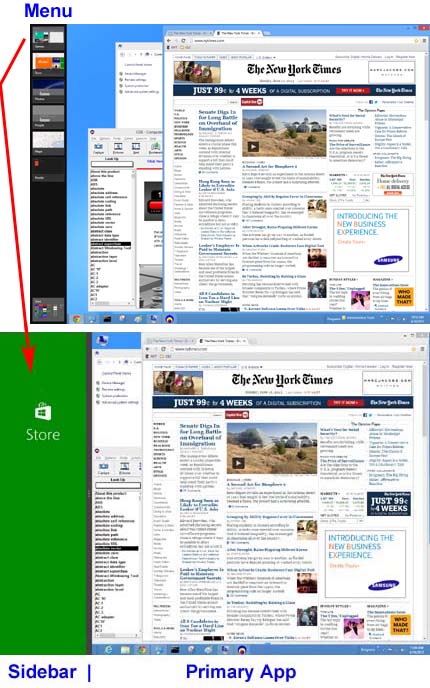 Drag the app off the menu to the right, and hold onto it as it enlarges. While not letting go, drag it to the left or right side of the screen, which will open up a sidebar that you can drop the app into. 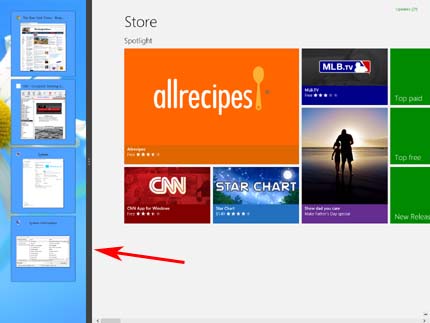 If you drop the desktop into a sidebar, all open desktop apps are displayed as icons. Clicking or tapping one expands the desktop to the larger size and brings that desktop app to the foreground. If the desktop is reduced to a sidebar again, it returns to a column of icons. 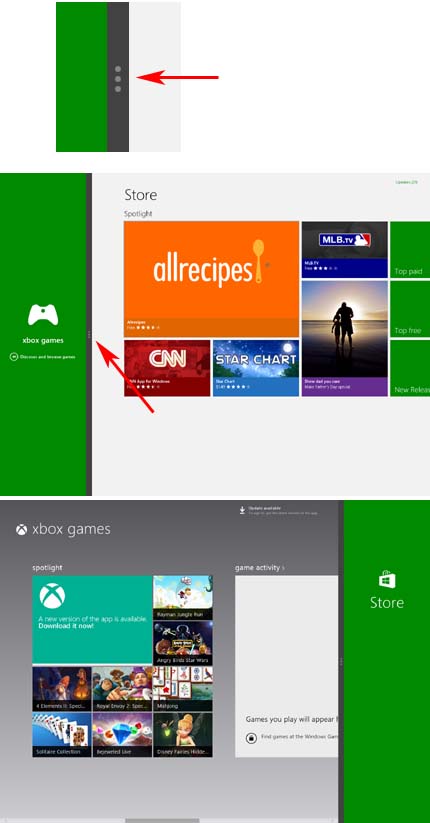 In many cases, the app is not usable in the sidebar and must be made larger. To expand the sidebar, drag the three vertical dots (top) separating the apps to the right or left. To make one app full screen, drag the dots to the edge of the screen.